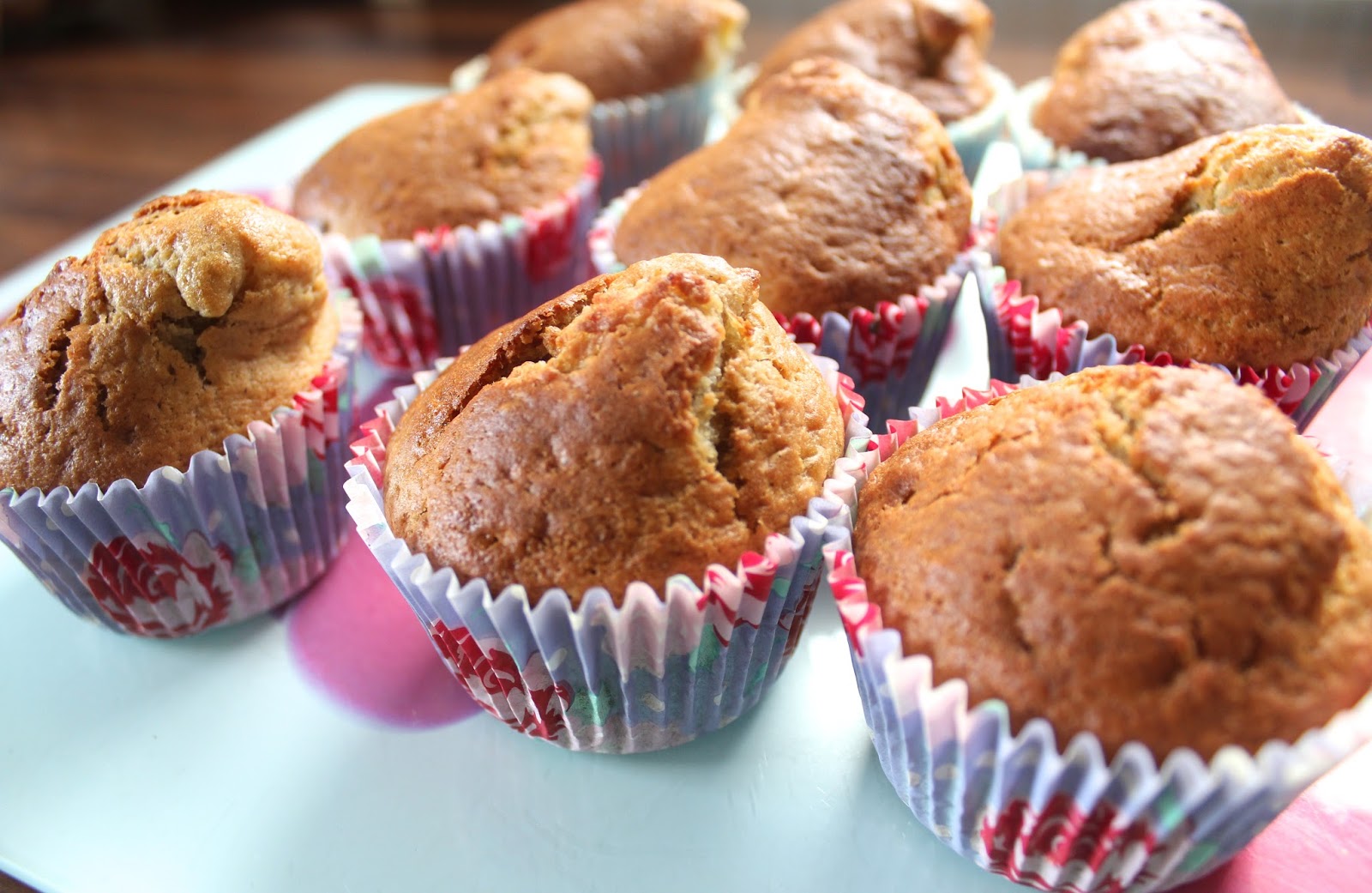 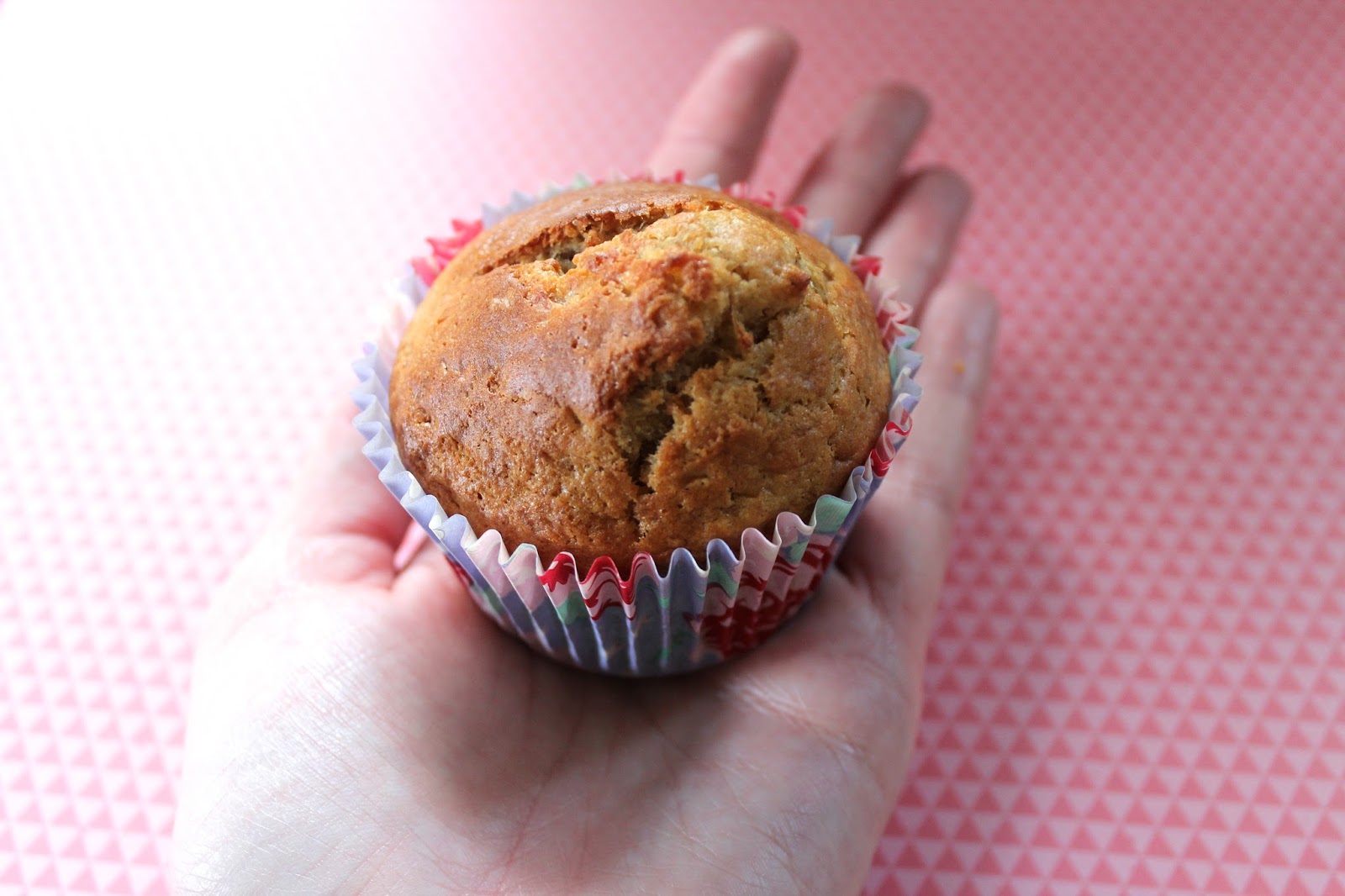 It’s all too easy to fall into that evil Starbucks rut when it’s 8am and you are stood on a windy train platform feeling like something you rub off your shoe on the grass. £5 and about 600 calories later, you’ve got that instant fix of latte and croissant but it is an expensive and unhealthy habit that soon adds up

A few weekends ago I made these (almost) healthy banana and cinnamon breakfast muffins that are great on the go. Yes, they contain a fair bit of sugar, but it is at least a cheaper option and I would say slightly kinder to your waistline – and I’m sure they are just as good when made with sugar alternatives. This recipe, slightly adapted from a BBC Good Food offering, made 12 light and bouncy sponge muffins!

Half tsp bicarbonate of soda

1. Preheat the oven at gas mark 5 (190C). Mash the bananas (I found using my hands the best for this). Bung the flour, baking powder, bicarbonate of soda, cinnamon, nutmeg and castor sugar into a bowl.

2. In a separate bowl, beat the eggs, melted butter and milk together and add the mashed bananas.

3. Slowly add the wet mixture to the dry ingredients, stirring in a figure of eight and being careful not to over mix (or they won’t rise!)

4. Grease the muffin cases and fill each with mixture, leaving a 1cm gap at the top.