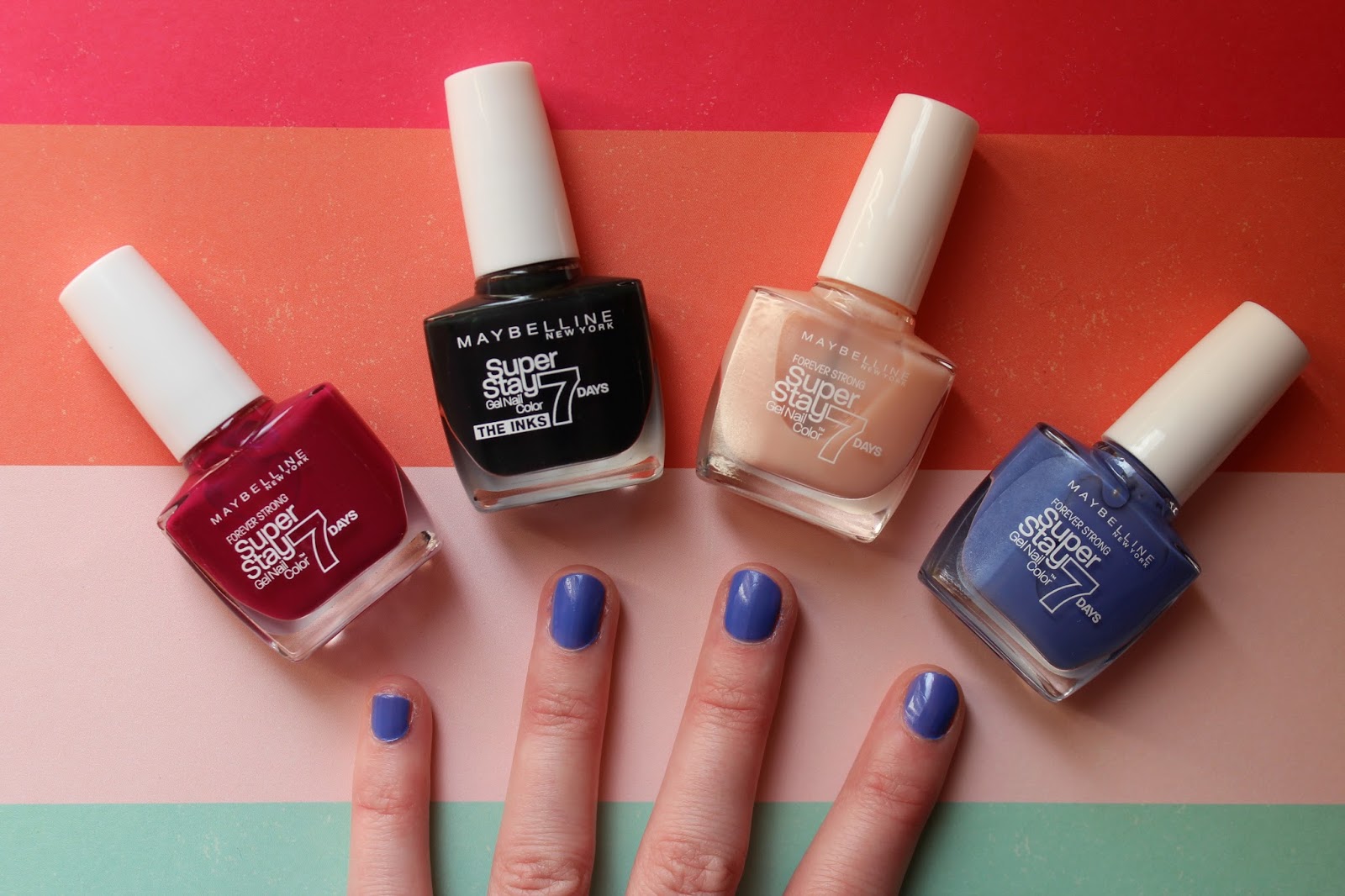 To say I’m late to the party with this one would be quite the understatement. I’m so late that people are half heartedly wiping sticky surfaces from spilled drinks or fondling someone they shouldn’t be – that late. Amelia Liana has been raving about the Maybelline Super Stay Gel Nail Colours for ages and yet they still managing to be forgotten on the dangerous ‘to buy’ list stored in the notes on my phone.

I’ve had the French Manicure shade for a while and it slipped under my radar because it’s such a basic, can’t-go-wrong colour that it’s difficult to impress. I bought the other three during a 3 for 2 offer on Maybelline at Boots (still running, I believe!) and opted for the shades Divine Wine, a classic reddish purple, Emerald Excess, a deep forest green that almost looks black and Surreal, a lilac-y blue which I’m sure I will favour in the warmer months.

They, like many polishes on the market, claim to last seven days but these actually do. Two coats and a top coat equals chip free nails for a good week – so impressive. I feel like I’m going to have to pop back to Boots and buy prettyyyyy much every shade going while the offer is still running. I wouldn’t want to be negligent of my hoarding persona now, would I?
What are your views on the Maybelline gel polishes?